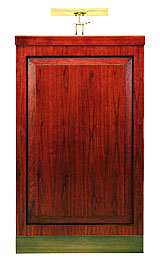 Appointment as a Tanner lecturer is a recognition for uncommon achievement and outstanding abilities in the field of human values. The lecturers may be elicited from philosophy, religion, the humanities, the sciences, the creative arts, and learned professions, or from leadership in public or private affairs. The lectureships are international and intercultural and transcend ethnic, national, religious, and ideological distinctions.

The purpose of the Tanner Lectures is to advance and reflect upon the scholarly and scientific learning relating to human values. This intention embraces the entire range of values pertinent to the human condition, interest, behavior, and aspiration. The lectures are published in an annual volume.

The Tanner Lectures were established by the American scholar, industrialist, and philanthropist, Obert Clark Tanner. In creating the lectureships, Professor Tanner said, "I hope these lectures will contribute to the intellectual and moral life of mankind. I see them simply as a search for a better understanding of human behavior and human values. This understanding may be pursued for its own intrinsic worth, but it may also eventually have practical consequences for the quality of personal and social life."

The Lectures on Human Values are an authentic expression of the personalities and interests of Obert and Grace Tanner — their moral integrity, their generosity and compassion, their concern for peace and the public good, their commitment to reason and knowledge, their love of science, the arts and the humanities, and their passion for life.

Both of the Tanners are of British ancestry, descended from early Mormon pioneers. They were reared close to the soil in strong rural religious environments, their characters molded by hard work, community solidarity, and the old-fashioned virtues of decency and honesty. Grace's interests inclined toward the sciences, especially biology and anthropology, fields where she has contributed generously. Obert studied at the University of Utah in philosophy and law. After receiving his law degree, he pursued philosophy at both Harvard University and Stanford University. At Stanford he was appointed to the faculty in religion as well as acting chaplain.